A Good Time to be a Part-time Employee?

A report in the Guardian newspaper in October 2011 reported the latest figures released from the Office of National Statistics showed that the number of those employed within the UK workforce had dropped by 178,000 in the three months to August 2011, the most dramatic quarterly fall since July 2009. Of even more concern was the fact that 175,000 of those lost jobs had come from the part-time sector, leaving industry analysts quick to point the finger at two predominant factors; the fall in public sector jobs and the parlous state of the retail sector. Even the traditional gender bias no longer plays a part in the loss of these part-time positions, with figures showing that of the 175,000 out of work, 82,000 were woman and 94,000 men.

The situation seems to be showing little sign of improvement with the release of new ONS statistics for the period December 2011 to February 2012. Of the UK's 29.17 million workers, 7.8 million of those are part-time with 1.4 million of those only taking such employment because a full-time job was unavailable.

Those working in part-time positions have traditionally been regarded as being at a disadvantage to their full-time colleagues, experiencing less than favourable rates of pay, contractual benefits and employment conditions. However, legislation has now made it such that both part-time and full-time staff should have total parity in pay and conditions with all receiving the same levels of entitlement.

The Responsibilities of the Employer to Part-time Staff 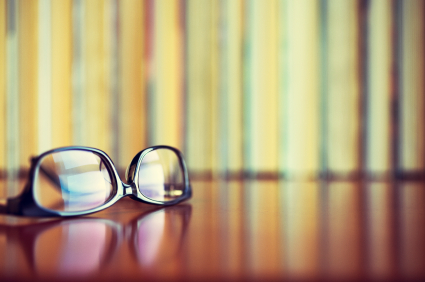 The government's Business Link website demonstrates just how fundamentally the terms and conditions for those in part-time employment have changed in recent years. Employers are now bound by governmental and EU legislation to treat all of their staff equally, without favour or extra entitlement to those in a full-time position.

Primary among the employer's responsibilities is the payment, to all staff, of the national minimum wage. The Department for Business, Innovation and Skills have announced that, from October 2012, these rates will be increased. For adults of 21 years and above the hourly rate will be £6.19 (an increase of 11p), for those aged 18-20 the rate will remain at £4.98 per hour while the rate for 16-17 year olds will also remain unchanged at £3.68 per hour. Those studying apprenticeships will have an increase of 5p to £2.65 per hour.

Employers must ensure that all staff receive a written contract of employment and that their weekly or monthly statement of pay is fully itemised. All required payments to HMRC of Tax and National Insurance contributions are the responsibility of the employer. Included in this contract will be details of the employee's paid holiday entitlement, working hours, shift patterns and number of rest periods allowed.

Staff should expect a safe working environment and will be entitled to compensation from their employer if they should sustain any injury or illness which is attributable to their place of work. Part-time staff are also entitled to Statutory Sickness Benefit if they are absent from work for more than three days.

Entitlement to maternity, paternity or adoption leave during the first five years must be met and, for employees with children under 16 years of age, any request for flexible working arrangements must be given due consideration.

Workers with disabilities are entitled to request ""reasonable adjustments"" to their working environment to enable them to fulfill their role more effectively. Following recent EU legislation, employers cannot penalise any employee for refusal to alter their contracted working hours from part-time to full-time, or vice versa.

Reading Between the Lines

Most contractual elements are relatively straightforward and will be guided by government legislation and compliance with recognised business regulation. However, there are certain grey areas of which the part-time employee should be aware. There must be total parity between the rates of pay awarded to a full-time and a part-time worker if they are fulfilling the same role; purely working longer hours does not entitle a worker to a higher hourly rate.

Part-time employees are entitled to overtime payment only if they have worked more hours than a full-time employee. For example, if full-time is considered to be 40 hours and part-time 20 hours, the part-time employee will have to complete an extra 20 hours of work to reach his cvertime entitlement. They will, however, be entitled to shift allowance, unsocial hours payments, weekend rates and bonuses under the same conditions as full-time staff. Those in part-time employment must also be treated with equality when it comes to benefits such as access to occupational pension schemes, training and development opportunities, the potential to enjoy a career break and the possibilities for promotion and career advancement.

Making Part-time Work, Work for You

Although a part-time role may not be the first choice for many in these current conditions of austerity measures and cut-backs, there are still many benefits to take from the situation, for both the employee and the employer.

Most importantly, for the employee, you have a job. Once you have secured employment it is much easier to evaluate your future from a position of stability rather than face the uncertainty of an indefinable period of unemployment. You have choices and options. Stay where you are and look for progression and development; it may be the perfect opportunity to learn new skills and enhance your potential. If you are really dissatisfied with the role you are in, look for an alternative. Individuals are always more marketable to a potential employer if they are coming from another job rather than from a period of being 'off the market'.

For the employer, part-time staff provide the ideal way to 'buy in' valuable skills and services. If the company budget cannot fund a full-time role, a part-timer can provide the necessary input at a fraction of the cost. There is also the opportunity to develop a team of dedicated and skilled workers who will be fully trained and flexible to deliver an effective and efficient workforce for the future when the economic gloom lifts and Great Britain PLC is open for business once more!"

Paid Surveys: Are They Really Worth the Effort?
Rights And Benefits For Working Parents
Complete 'Get Paid To...' Offers
Writing Reviews for Products
Compare our Surveys with SurveyCompare