Teaching Children the Value of Money

Recently Martin Lewis of the Money Saving Expert site claimed that payday loan adverts were appealing to children, putting extra pressure on parents as they make children believe any adult can get their hands on thousands of pounds to pay for the latest gadget or new Nike trainers. 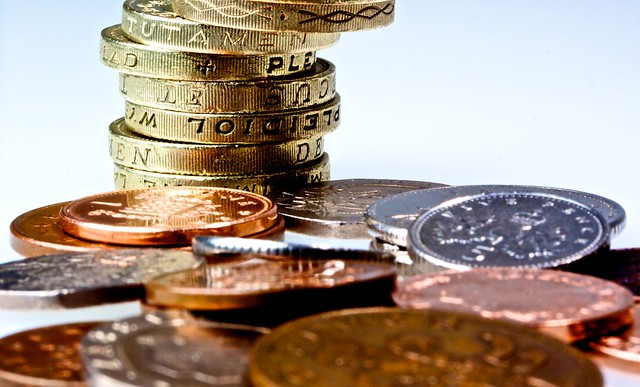 With reports showing that just borrowing £1 for 1 day costs an incredible £6.37 from Wonga, there's concern that these loans are doing a lot more harm than good. An APR of over 5000% is incredible and leaves many worse off than when they were when taking out the loan.

My own children are not immune to advertising. When I asked my eldest son what he wanted Christmas last month his reply was, "I don't know as I've been fast-forwarding the adverts lately, I don't know what's hot this year". This really summed it all up for me.

As a working mum I'm often subject to guilt attacks, I worry that I don't spend enough time with the children, that I don't give them enough attention and that sometimes I'm not there for important events. One way I compensate is by buying them treats with money I earn as if to say, "yes I work a lot but just look at what you get in return".

At some point though this had to stop as I realised the children were becoming quite spoilt. My father always taught me that money wasn't very real. The health and wellbeing of family is real, money comes and goes. This attitude meant that as an antique dealer, we'd be rich one week and poor the next, with one of my favourite Christmas memories being of eating cheese and crackers for Christmas Day and receiving a teddy bear that my Dad has swapped for a chest of drawers!

My mum meanwhile worked long hours and we'd often not see her for weeks on end as she'd leave before we woke and return when we were in bed. Like me, she'd make up for this by buying us the latest ZX18, Atari or BBC computer when what we really wanted was her time. The flippant approach to money saw me in a lot of debt in my teens and I realised that there had to be an in-between.

Of course, it's not everything but it can cause an extraordinary amount of stress if you haven't got it and so when I realised I'd set my children on exactly the same path, I decided to do something about it.

I noticed that without realising the value of money the kids would sneak toys into the weekly shop. They'd shrug if their laptop broke and had little respect for valuable items. This was because my guilt lead me to replace items quickly, to allow them treats often and to save the lectures if I thought they were being disrespectful.

It was doing no one any good. When my son broke a second laptop in the space of six months through being rough with it, I replaced it with a Toughbook but then took a different approach. Some may say I transferred some of my own guilt on to the kids but I can't deny it's worked.

As I work for myself, I have control over the amount of money I earn depends on my productivity for the day. No one pays for sick days or holidays and so when I need time off I have to work twice as hard the week before to make sure there's enough money in the bank to cover it.

Usually I'd hide this fact from them but now I've revealed all. Explaining just why I may work late on a Wednesday. When my son broke his laptop through becoming annoyed through Minecraft I explained the cost of repairs in hours I'd have to work. I told him to cover the cost I'd have to give up a Saturday and work over 7 hours to pay for it.

Now we measure everything in hours I work and the children are grasping the value of money. They're seeing that it's not just something that grows on trees it's something you work for and so must be treated with a little respect.

I also apply this to shopping. Many clients and friends of mine despair because I'll colour my own hair, I'll shop in charity shops and I'll look for bargains. As they earn a similar amount they don't understand why I won't spend £50 on a new pair of shoes or a dress for myself. As I tell the children though, if I can find something similar for a fraction of the cost I've just saved myself a few hours in the office!

I hope when the children have children of their own they'll understand that time with them is more important than money spent a little sooner than I have!