A Virtual Platform for All

Whether you want it to or not, you're probably finding that social media, in some form, plays a huge part in your everyday life. From keeping up to date with friends on Facebook to checking the latest news on Twitter, social media is everywhere and when something has this big a presence, it's only natural that it becomes a very influential platform. 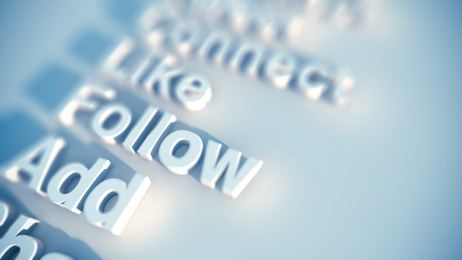 However, not surprisingly, the influence of social media itself, is more likely to come from friends, family and followers than from commercial brands who use popular networking sites for self promotion. Recent studies have found that while 80% of Facebook users would not click on advertising for a specific brand out of the blue, between 20% and 30% of this group would watch such promotion if directed by the social media actions of friends.

When it comes to influencing consumers directly, Twitter possibly provides the biggest influence in the social media world. Why? Because whether brands like it or not, Twitter has evolved to double as a customer service network. If a brand has a Twitter account, their feed is likely to be inundated with reviews of their products or services, both good and bad. Research reports that around 30% of those with social media accounts use the network for sharing opinions with others.

The way a company manages itself through social media is also very influential. For example, if a company has been bad mouthed through Twitter, how do they respond? Ignoring or fighting back portrays them in a bad light, while making a public attempt to rectify the problem goes a long way towards gaining a good social media reputation.

In terms of mystery shopping, if a shopper has access to social media websites there is very little chance they haven't been exposed to a brand's reputation in advance. Whether they've heard about a great customer service rep or a faulty product, that sort of influence is going to be difficult to push aside during a mystery shopping assignment. So, are these sorts of preconceptions good or bad for mystery shopping reports?

Mystery shopping reports have to be absolutely accurate, otherwise the credibility of the shopping company, never mind the reputation of the brand, is at stake. Does social media influence tamper with the accuracy of reports? Could it actually help?

Clearly, the downside of social media influence is that shoppers enter a store with a preconceived idea of how the experience is going to pan out, or how they'll be treated by the staff. Unfortunately, in most cases, this preconceived notion is going to be negative.

Think about hotel reviews posted on popular websites. Almost every property reviewed is going to have more negative reviews than positive, even if they provide some of the most luxurious accommodation in the world. Why? Because consumers are much more likely to use social media to complain about a service than praise it. It's a sad state of affairs, but that's the way it is. Everyone knows it, and unfortunately many people fail to take this into account when reading up on their chosen properties.

Therefore, if a shopper has heard that the staff at a particular store are rude or unhelpful, that's exactly what they're going to expect. This could lead to the shopper misconstruing what could be considered normal activity for bad service. If a shopper is expecting faults, they'll subconsciously find faults wherever possible, kind of as a way to prove themselves, and their online friends, right.

On the other hand, social media influence could be a good thing. Not only could a shopper have positive preconceptions, but even if the influence has been negative, it could positively affect the shopper. If a shopper has been told in advance about poor customer service, that's going to be at the forefront of the mind. They're going to be searching - no, scouring - to find confirmation. Placing this much attention on the job at hand could really help to produce a detailed and accurate mystery shopping report.

Unless brands disappear from social media, there is always going to be some form of influence over mystery shoppers; it's inevitable. However, that's not to say that mystery shopping reports will suffer or lack credibility. As discussed, social media could actually play a part in improving report accuracy.

Further measures should also be taken by mystery shopping companies, ensuring that their shoppers either look at both sides of the social media story, or take any opinions and comments with a pinch of salt until they form their own decision. Trying to complete an assignment in a neutral frame of mind (as with a jury in court) is, of course, beneficial, but as human nature dictates, this is not always possible.