Be Prepared to Save Money for Christmas

If you have children Christmas will already be on your mind. Love it or hate it, there's nothing quite like seeing the excitement in your little one's eyes. 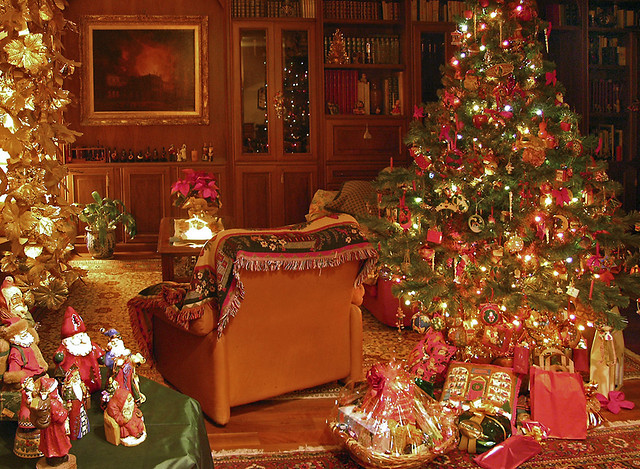 Personally, I think Christmas Eve is more magical than the day itself although I'm always the one that's up first come Christmas Day.

Even at the ripe old age of 29 *cough* I still find it impossible to sleep on Christmas Eve, the excitement keeps me awake all night and I collapse sometime around Boxing Day.

On Christmas Eve we bake and have family over for a light lunch. As there's a steady stream of food coming out of the kitchen we usually just gather informally as everyone tests sausage rolls and mince pies straight from the oven. We open new pyjamas and fluffy socks and choose a movie for the evening. We'll also hang edible decorations on the tree.

Twas the Night before Christmas...

Once the children are in bed, we arrange the presents for the morning. Then we fill up a sock (I love to use my late father's fishing socks but they have holes in them now) and leave it on the end of their bed.

And All Through the House...

In the morning, I wake up first. I jump up and down on the children's beds and tell them that Santa's been. They all gather in one room as they open the pressies in their stockings together, waiting for me to tell them it's ok to come downstairs. I go downstairs, light a fire and start the turkey off. I'll cook a nice breakfast as none of us like eating much around lunch, so we save Christmas dinner for dinner time.

When the room is cosy, I let the children come down. Once they have something solid in their bellies we let them open their presents. Then I retreat back to the kitchen to cook for what seems like a hundred people.

This year though we're forsaking the turkey, we're not having Christmas dinner. This is because last year I worked until the day before Christmas Eve, spent 48 hours on my feet and when it was time to spend a few hours on Boxing Day playing with the children, I found myself in an ambulance instead. I collapsed through exhaustion.

Out with the Bird, in with the Ready Meal!

It wasn't just the work, working from home and being self-employed, nobody pays for holidays. So the run up to Christmas is always stressful as I work twice as hard to try and cover the costs. Anyone who works from home knows though that the pros generally outweigh the cons.

The “no turkey” was a big decision to make, I didn't want to compromise the magic. So as soon as I made the decision I decided to get Christmas all wrapped up so when the time came there was little work to do. I found that by starting now I've found some brilliant deals and money saving ideas that I wouldn't have if I'd waited until December. For example:

Little do they know it but my children each have a personalised letter from Santa on my PC. They've also got ones from elves for throughout December. I don't have to pay someone to send one, I'll just pop it in the post after they've sent theirs. All for the cost of a stamp.

I love making homemade decorations but it does take time, so I've started early. Gingerbread men are all the rage this year so we've been making decorations when the weather's been wet. We've got gingerbread bunting, pom pom people and even houses ready to bring out in December.

On my husband's side of the family there's an agreement where presents are only bought for the children. Not one to be sensible in the festive season I've always got round this by cooking fudge, jams, chutneys and truffles and giving them in a hamper. My husband asked me not to this year due to the work involved.

Through summer we picked elderflowers, elderberries and crab apples – all free. I've found though that I've got enough elderflower cordial, elderberry jam and crab apple jelly for us now as it keeps forever. There may even be a bit left to giveaway.

Shopping in summer for Christmas may seem a bit silly but the bargains are amazing. For instance I found Build a Bears, brand new in their packaging for just £5. The children have wanted them for years and now they even have outfits which cost more than a fiver on their own. I've finished shopping for the children, most of their presents are wrapped. Working from home it's nice to know that this expense is over and done with.

It's ironic that the year we decided not to have a turkey, we bought 4 live ones to rear. They're walking about the garden now and becoming very plump indeed. We've not named them on purpose but we've yet to see if we've the stomach to eat them come Christmas!