Are Admin Errors Costing Your Home £200 Per Year?

Recently I've been on a mission to reduce my monthly bills. As the costs rise considerably with a larger house (and more media addicted children) I feel as though I've been swimming against the tide trying to bring prices down.

Then I saw in the Telegraph that a new study has shown the average householder is overcharged on at least one household bill per year, making the average mistake cost households £200! 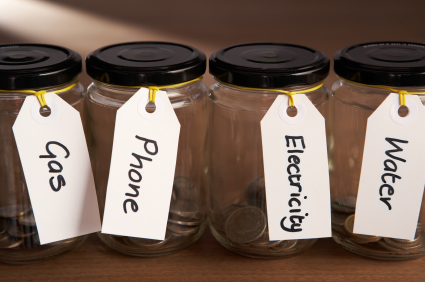 That's not all, as it's always the bill payer that notices the admin error, not the service provider, and usually this is when the invoice is settled. Then they enter into a stressful battle to claim the money back.

This news struck a chord with me as a busy working mum I don't have time to work out if the price per unit is correct for my electricity usage – I can't even reach the meter as its 8 foot in the air. I am lucky though as I have a husband that adores numbers and has now made it a mission to check every bill we receive. Over the last 12 months this is what he discovered.

We were overcharged by £2987 for our water. Initially this wasn't an admin error. We had a leak. However since discovering the leak they are still demanding over £400 a month for water due to lack of communication in the office.

We also discovered that our neighbouring landlord had tapped into our supply and now we have no idea just how much we owe. Considering in our last house we used an average of £30 per month this is a steep rise- I'll keep you updated.

Every month for 12 months we've been overcharged on our telephone bill. Luckily we see the bill before we pay and BT are good at removing the charges. As I've been with this provider now for 10 years, and the average overpayment is £20 per month, I really do dread to think how much I've overpaid!

The amount of bank charges that have been added to my personal account in error has been phenomenal. RBS were the worst for this taking an account that couldn't be overdrawn into an overdraft of over a £1000 in bank charges alone. Now we examine each one and 9 times out of 10 they shouldn't be applied, we've saved hundreds over the last year alone.

Not exactly a utility bill but it shows if there's an invoice or receipt there's a possibility you've been overcharged. Recently I visited the DeVere Hotel in Hull for my birthday. On checking out I was presented with the room service bill which I was about to pay without question. That was until my husband realised it was far too much. There was a charge on there for £60 simply saying Meal £60. That was it, no breakdown. When he pointed this out the receptionists argued we'd had an extra meal for two (three pairs evening meal on a two night stay). It took our own receipts, a pen and an explanation of maths to show this wasn't the case.

The £60 was soon knocked off but I'd have paid it without question.

There's more but I'll stick to this for now, have you checked your bills lately?